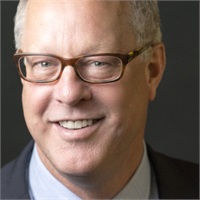 Brent graduated in 1982 from Sam Houston State University in Huntsville, Texas, with a Bachelor of Business Administration.  Following graduation, he worked in the corporate world with two Fortune 500 firms in Houston, Texas earning recognition and awards on the local and national level.

After first being licensed in the financial services industry in 1979 in an internship role while in college, Brent returned to the field to pursue his passion for serving and helping people.  Leaving the corporate world in 1987 he began his private practice as a financial advisor.  He moved back to East Texas where he had laid down roots as a graduate of Hallsville High School.

While managing his practice of over 32 years, Brent continued his education and professional growth and development.  He is a 1990 graduate of Leadership Longview.  In 1993 he attained the Life Underwriter Training Council Fellow (LUTCF) designation and is a 2005 graduate of the National Association of Insurance and Financial Advisors (NAIFA) Leadership in Life Institute (LILI).    Brent has served in many leadership roles in the local chapter of NAIFA including President in 2005-2006, leading the local chapter to be awarded on the national level the Jack E. Bobo Award of Excellence.  Brent is still active on the board of the local professional association, NAIFA Piney Woods of East Texas.  In 2018, Brent was honored as a Hallsville High School Distinguished Alumnus.

Brent acquired a love of sailing as a teenager during his scouting days and has been sailing actively for 45 years.  He has served as past commodore of the Longview Yacht Club as well as other leadership roles in that organization.  He has enjoyed promoting youth sailing through local sailing events and currently serves as the chairman of the Longview Yacht Club’s “U Make It – U Sail It” event.  The “U Make It – U Sail It” while being a fun, you build it, event has become a major fundraiser for Windridge Therapeutic Equestrian Center of East Texas in Gilmer, Texas.

For many years Brent has been involved in the Fellowship of Christian Athletes, his local church in men’s ministry, young married/couples ministry, children’s ministry, youth ministry, and vacation bible school as well as other leadership and service roles including finance, business, and as a deacon.  Brent currently serves as an Elder at Longview Christian Church.

Brent and his wife, Darlene have been married since 1985 and have two adult children.  They have been active in supporting the American Cancer Society Relay For Life as a way to encourage others who have been or are going through a diagnosis of cancer sharing their personal experience.

Brent’s passion is serving others.  His greatest joy is his family and building relationships with and helping his friends and clients with their financial needs. Above all, Brent’s gift of service and his leadership abilities have allowed him to serve and mentor others in his church, his business, his local Hallsville/Longview community and his family.